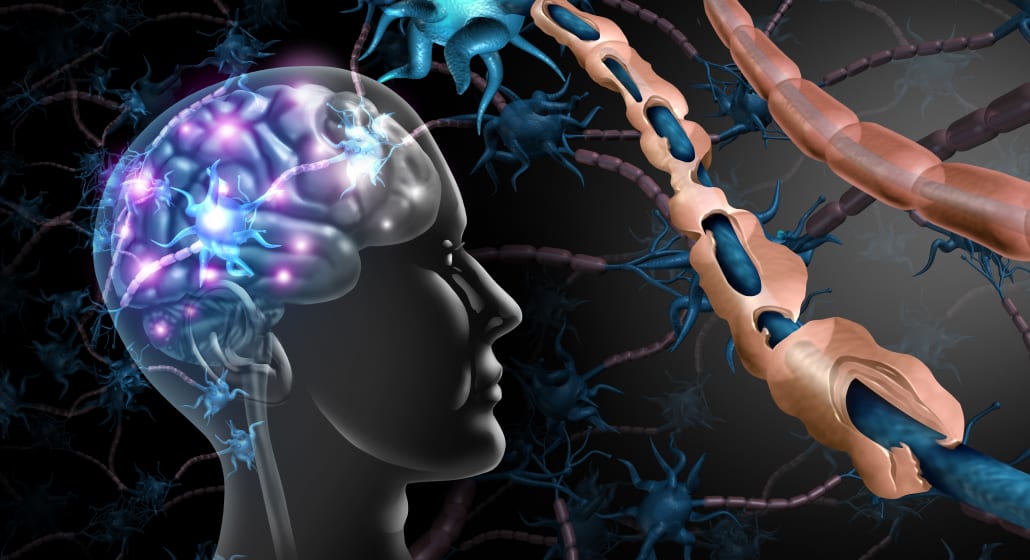 What Are the Benefits of Autologous Mesenchymal Stem Cell Transplants for People with Progressive Multiple Sclerosis?

Petrou et al. undertook a study to ascertain the efficacy of MSC transplantation as a treatment for MS. A total of 48 patients suffering from progressive MS were carefully evaluated after being administered an autologous MSC transplant — either intravenously (IV) or intrathecally (IT). The goal of the study was to discover whether this regenerative approach offers therapeutic benefits for long-term active MS sufferers.

Participants in the trial were randomly selected for three groups, and they were treated with either MSCs (IV or IT) or placebo injections. After six months, half of the MSC patients were given a further MSC treatment, and the other half were given placebo shots. The group given placebo shots during the first round of treatments were subjected to the same process. After six months of the trial, half the participants had either been treated with IV MSC or IT MSC.

What Did the MSC Study Show?

In fact, people given the MSC-IT treatment outperformed those given a placebo in a range of testing areas:

While there were some encouraging results in the MSC-IV group, they weren’t as impressive or pronounced.

Of course, this study did have its limitations, including the small number of participants, the short-term nature of the study and the possible carry-over effect from the first treatment cycle. But there were clear signs of short-term benefits for people with progressive MS — many of whom had been unresponsive to traditional MS treatments in the past. There were also potential signs of neuroprotection as a result of being treated with autologous MSCs.

The study’s authors are now calling for a phase three study to gather more evidence of the link between autologous MSCs and symptom-relief for people suffering from neurodegenerative diseases such as multiple sclerosis.

Contact Us
What Are the Benefits of Stem Cell Therapy for People with MS?

Can Stem Cell Therapy Be Used to Treat Lung Disease?
Scroll to top